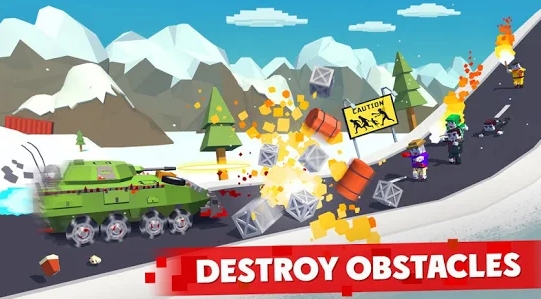 Zombie Derby is a free zombie game with in-app purchases. You will encounter lots of obstacles and zombies in your way. You have to remove them for their survival. There is an option for buying and upgrading cars. Get rewards for your achievements.

Get into the driver’s seat and hit the pedal! The next part of the Zombie Derby series is out, so you should try it. You need to make your way through hordes of zombies and destroy zombies. Be careful with zombie dogs, as they can get you. Smash other cars too, or else you won’t survive.

You can buy cars to go faster and be cooler looking than other cars on the street. You can also upgrade them with new things like guns for shooting zombies and nitro boosts that make them go even faster than before!

When driving a car in this game, there are two kinds of levels: campaign levels where you have a story line (like finding out what happens) and other levels where you just try to get from point A to point B (no story line). When you go through the campaign levels, try and catch that evil bird that’s stealing your ammo. There are also tasks like doing car flips for more ammo or completing a level without shooting too much (so you can get more points). You should definitely go check it out now.