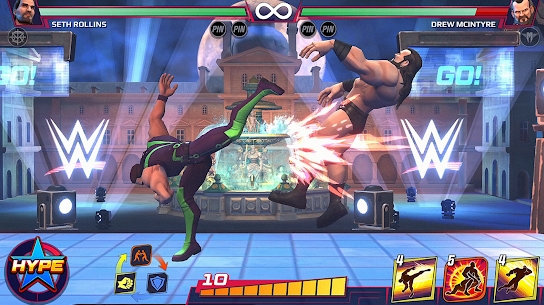 WWE Undefeated was featured in December, 2020 of Fighting
Download

WWE lovers now have a chance to engage in real-time head to head WWE competition. You have an opportunity to bring out your inner cerebral assassin by collecting, upgrading, and customizing WWE superstars. The game takes place in a visually appealing environment you can’t resist. You can compete in WrestleMania, Summerslam, Royal Rumble, Survivor Series, and many more.

The newest WWE mobile game is here and it’s going to be a huge hit! It features real-time head-to-head competition, and even better yet – you can play against your friends. Not only that but the matches are short so they fit into anyone’s schedule. It is a competitive multiplayer with quick action and strategic gameplay.