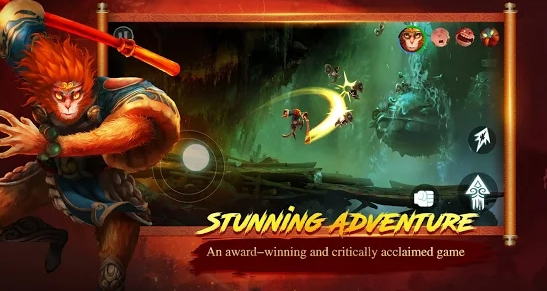 Unruly Heroes was featured in March, 2021 of Platformer
Download

This is a mobile game based on the first-ever mythological novel in China known as “Journey to the west”. It has a 2D action-adventure orientation. The game features incredible artwork in terms of style and has a funny plot to provide an overall innovative experience to the gamers. It has the lead players indulging in solving riddles, engaging in fights, parkour, and adventures ending up slaying the demons and evils. The game also allows switching between characters of masters and their disciples.