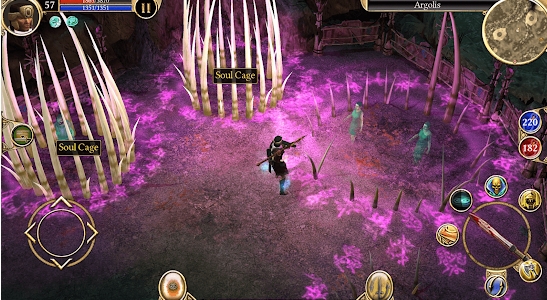 Titan Quest has been around since 2006. A real hero is needed to work with the gods to defeat the Titans. Use your custom-created hero to battle the beasts of mythology and save the Olympians. The games include immortal throne and the uncharted lands, in addition to all DLCs.

Titan Quest has captivated lots of RPG fans since its release 2006. This mobile port is the complete edition with all DLCs and patches. You get to experience an adventure in the game Titan Quest, explore new places and fight against enemies.

The gods cannot defeat the Titans, so you need to be a real hero. Your success or failure will decide the fate of people and Olympians. With your custom-created hero, you can explore mystical and ancient worlds in different places like Greece, Egypt, Babylon, and China.

You will battle with mythical beasts at famous places like the Parthenon, the Great Pyramids, and the Hanging Gardens of Babylon. You will also meet villains from Greek mythology. Some places you can go are Europe and North America. You can also find Atlantis on your journey.

You have to fight enemies that are bigger and stronger than you. You will win if you keep fighting. Along the way, you will find pets who help you fight the enemies. Find things with special powers that will make you better and help you on your journey.