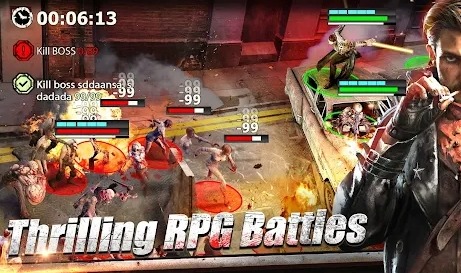 Survival: Day Zero was featured in July, 2021 of Survival
Download

Survival: Day Zero is a game about the end of the world. People try to survive and they have to go on missions. The game begins when people are hiding after a nuclear apocalypse and an attack from mutants. Now it’s time for them to do things, not just hide in their shelter.

You will have to combine your strength, cleverness and determination in order for the people you are fighting with survive. Collect resources from around the base so that it can be rebuilt once more, then find Alphas who want their place back among society’s elite by joining a Coalition!

Download now to experience immersive realistic post-apocalyptic scenes, a multitude of Alphas ready to help you lead the fight, thrilling battles and an interactive Command Centre that you can customize. The plot continues at the Fox Hole Bar where females serve blackjack tables.

The developers built a world that looks like it is from the future. You can explore a broken and scarred landscape. You can also meet the survivors of human civilization. And you might get scared, so don’t play this game with the lights off!

This game is about fighting against mutants. You can choose to fight in real-time PvP battles against the mutants. You need to prepare for these fights, and make sure that you don’t get attacked by other players. The more survivors that you have, the better!

Build your wasteland empire by building up your post-apocalyptic settlement. You can make it how you want and grow it into a community that can live here together. Make sure that you build up your settlement so that the people who live there are safe and protected.

Sometimes, you will find soldiers who have wandered into your community. They are not like other soldiers. Each has a story and special abilities to help in battles. Collect special equipment and equip them with different weapons. Send them out to explore the wasteland and take on the fight to expand your territory so you can make more money from people living there.

If you have a Coalition, then it’s like having friends. Different people have different skills. Work together to make your Coalition strong and conquer the land. Do this by finding other people with other skills and working together to fight against the enemy or defend your home.