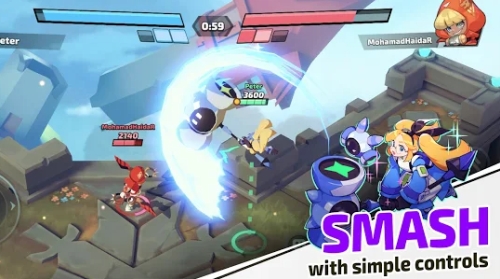 SMASH LEGENDS is a real-time arena battle where you fight against players from all around the world with unique LEGENDS in a match that lasts for 3 minutes.

The most exciting and awaited game of the year, SMASH LEGENDS has officially gone global! To celebrate this launching on mobile platform, all players will receive Peter’s skin. In addition to that generous giveaway for a limited time only starting from October 23 they’ll be holding an attendance event where you can get some awesome prizes like Gems, Coins or Super Special chests just by playing games.