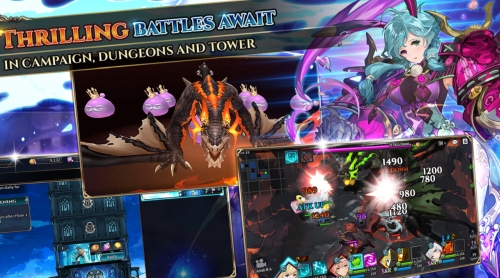 Shining Beyond was featured in December, 2020 of Collective RPG, Gacha
Download

An epic adventure with versatile characters, Shining Beyond also combines skills and costumes that are unseen with any other game. This particular game is classified as an idle-action hybrid and involves the player taking on the scariest monsters. Every hero can be customized according to the player’s taste.

Stages in Shining Beyond are divided into rooms in which the heroes need to fight against monster to clear and proceed further. Stages can be in a city or in a dungeon.

Your heroes will engage in the combat automatically. Player can control the flow of a battle by clicking an enemy to force the heroes to focus on them, or by tapping a position to have all your heroes gather there, or by tapping a hero’s skill icon to make him unleash his skill.

Some good heroes to consider: