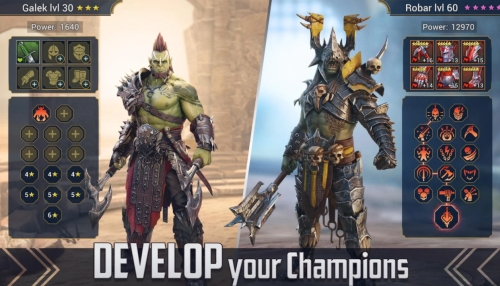 When we talk about the RAID: Shadow Legends, we are referring to a hero-collector game that was established by Plarium. Plarium is one of the well-known companies in terms of high-quality games. These include the Vikings: War of Clans and the Throne: Kingdom of War.

From the time that you open the RAID: Shadow Legends, you will understand that it is not a rudimentary and simple gameplay. But rather, it is a thought-through and high-end gameplay that features well-crafted and balanced mechanics.

For some players, they considered the gameplay as a straightforward one. But if you are a starter and need the help of professionals, we are going to provide you with the tips to start your following your path in the RAID: Shadow Legends.

Briefly on The Mechanics

The first tip is for those who don’t know what a hero collector is. In the RAID: Shadow Legends is a hero collector game that will require you to command, gear, level, and collect heroes to reach your victory.

The RAID: Shadow Legends is a gameplay that is not that revolutionary. In this section of our post, we are going to focus on the color system of the game. The green shade represents the current HP level of your hero. The yellow color indicates if it has the capability to attack. The bar will start to fill up while the game continues. Aside from that, your chosen character has accompanied color patterns. These are blue, red, and green colors.

Your champions are the main focus of the said gameplay. Each champion differs from the others when it comes to visual aesthetics, passive and active skills, and the role. You are required to gear and level up your champions to increase their combat capabilities. But before doing it, it would be a good idea for you to know and understand their roles to determine the proper way of maximizing their skills. We recommend you first read their descriptions.

For you to increase your champion’s skills, you need to learn the scaling of the said gameplay. For each time that you will plan to upgrade your hero’s skills, they have their particular statistics that will fill up as their skills are increasing. Ensure that you will read the descriptions of the character to upgrade their skills properly. Also, keep an eye to the primary statistics of your chosen hero.