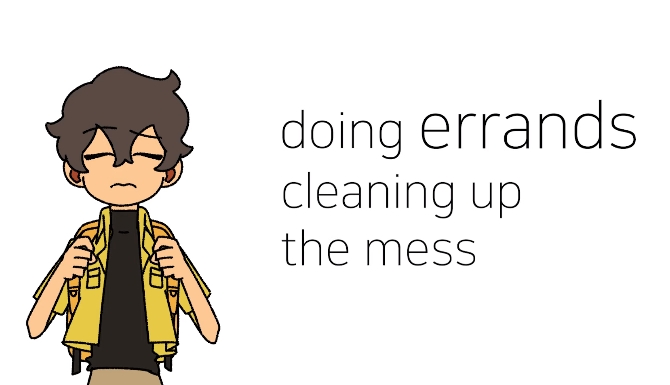 Not Exactly A Hero! was featured in June, 2021 of Visual Novel
Download

Sick of hearing about super heroes’ fighting stories? Wonder how everyday people live their lives in a superhero universes? Play ‘Not Exactly A Hero!: Interactive Action Story Game’ to find out!

Riley is not exactly a hero

Riley is a substitute agent. He is not a superhero. But he does things for the superheroes. For example, he helps them get dressed when they need to go out and save people. But Riley is like you and me because he also does an ordinary job on the side that pays his bills each month.

In the game, you will go through many different encounters with people. One might be your boss who is always stressed from low budget issues. Your team’s new recruit might get on your nerves, too. You may meet people like an ‘Oobur’ driver who has a knack for stirring up other people’s minds and a kebab truck guy with a funny personality. You’ll have to make choices that determine whether or not they are friends or not.

Every play has new elements

The plot will get more complicated as time goes on. You will have a lot of decisions to make. There are lots of choices in this game, which will all build up and determine the ending. There are three starting points, four side character routes, nine different endings, and one bonus route for people who want to do everything. Your choice makes everything happen—you are the protagonist!

This is a fun game where you can be a regular person who helps superheroes. You will make many choices and they will either end the game with success or with failure. There are nine different endings, so if you like games that are quirky and smart, then I recommend this one.