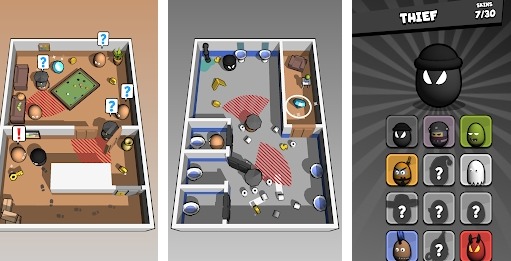 Mr Rumble – Stealth Action, as the name implies, is a stealth game with little action. It has a simple gameplay.

Despite its unpretentious foundations, there’s a lot of excitement to be had. Each stage is similar to a puzzle in which you must avoid traps and guards in order to acquire diamonds.

Despite its basic appearance, Mr. Rumble is profitably monetized, and you may test it for free with advertising or pay to have them removed if you appreciate what you see.