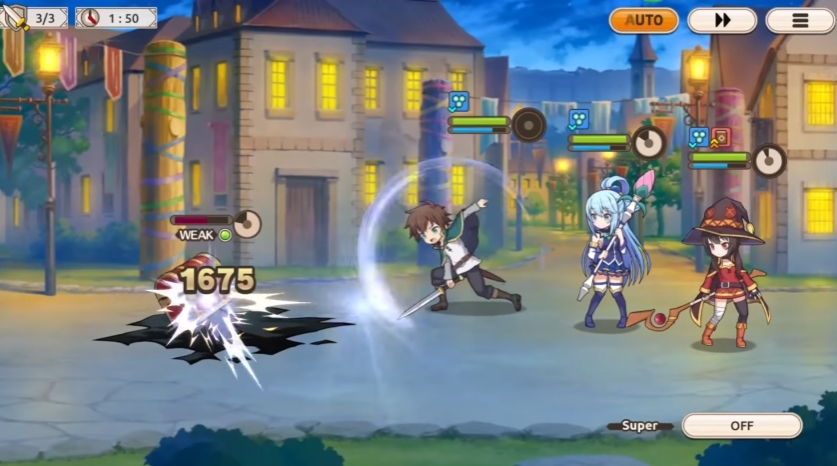 KonoSuba: Fantastic Days is themed on the anime and manga series of KonoSuba, where the protagonist can only summon member of a harem in showdown against enemies. This is perhaps not a very good game, but you can collect some anime girls to decorate your phone.

Travelers, you have been summoned to a world under threat of the devil king’s army. Despite the adventure being long and dangerous, you will not be going on an empty handed journey. The story will feature all your favorite KonoSuba characters, plus some new faces.

Though your adventure will be difficult, you can count on Aqua’s cleverness to get you out of most trouble. That being said, even she can’t ward off the giant thugs that make travel dangerous…