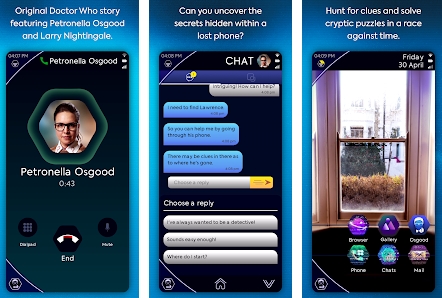 The game ventures on the terrifying legacy built by the weeping angels who first made their appearance in the “Blink” episode of Doctor Who. The game is on a found-phone solving mystery mode. The players play as the person who finds the phone of a missing person from an abandoned house in London. The phone is one a self-destruct mode and as such critical information and clues are extracted and traced for solving the mystery. The game is surrounded by horrifyingly sinister plotlines. This game is based on an original story from Doctor who, original characters, a new nemesis, and a gripping found phone gameplay.