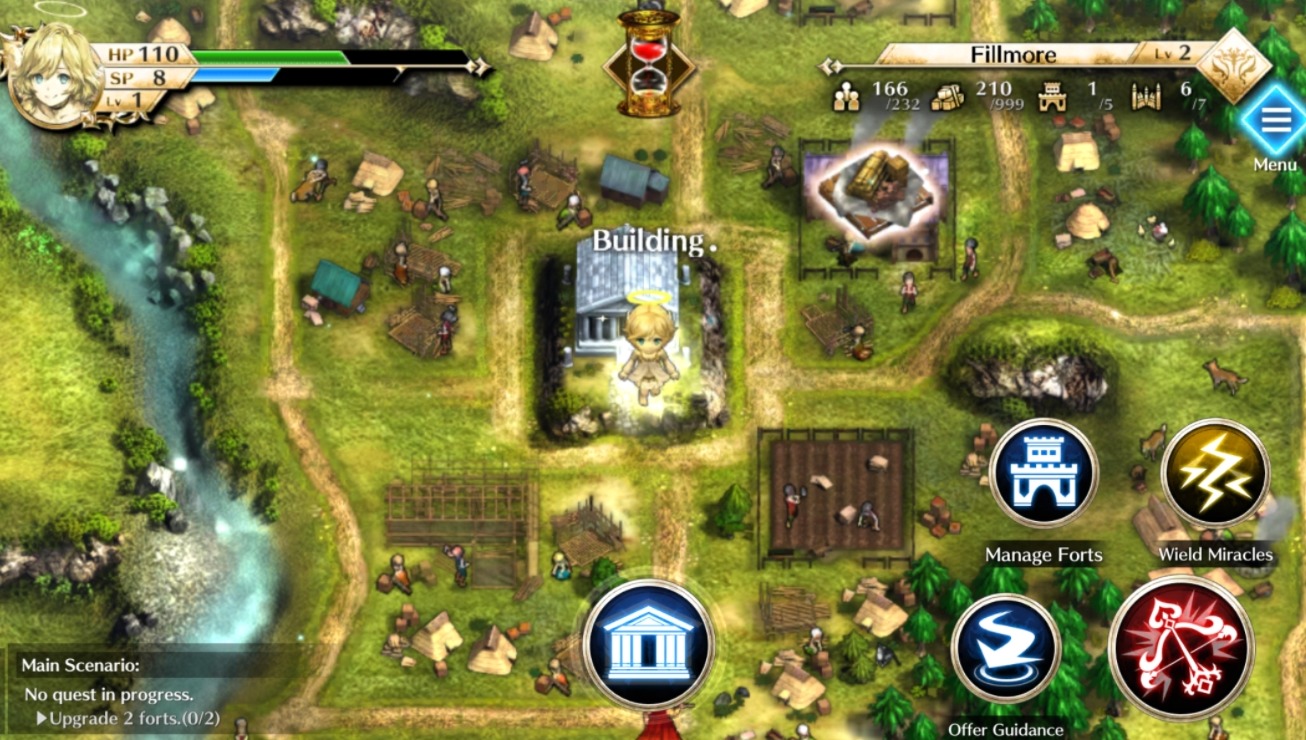 In the ultimate conflict between good and evil, Actraiser combines 2D platforming action (Realm Acts) with a realm management & simulation.

The legendary Yuzo Koshiro, who composed the soundtrack that sent shockwaves through the gaming world when it was first produced, has remastered it!

In the newest version of the game, you get a lot of new features. These include:

In this action-packed 2D platformer, players fight with creatures and defeat bosses using their combat abilities. The game is played in a side-scrolling format. Humans will return to reclaim the realm once you’ve vanquished these stages, enabling you to start building your towns.

Two new spells, which were not available in the original game, have been introduced together with the capacity to dodge. For a more dynamic action experience, players may also attack using upward and downward movements. To defeat tougher bosses at the conclusion of the new adventure stages, you’ll need to utilize every new technique you’ve learned.

Realm Management: Assist humanity develop by developing your towns and providing assistance. Use your magical abilities to summon lightning and induce earthquakes to remove impediments such as trees and boulders that are impeding the growth of your chosen. Play as an angel of the Lord of Light’s army and his powerful bow and arrows to defend against malevolent monsters who prey on

In real-time strategic conflicts, defend your settlements from attacks by the enemy. In these fights, it’s important to carefully plan your forts and cast miracles at the right time.

All-new stories of humanity’s struggles to overcome their flaws and failings as they learn to love one another and together grow stronger will be available for you to experience. These new situations, when combined, total more than twice the narrative in the original. Explore an even larger world than before and construct your settlements for longer!